I was inspired to prepare red cabbage kimchi by a recipe from the book "Kiszonki i fermentacje". Aleksander Baron presented an idea for Polish red cabbage kimchi with smelt. I did not recreate this version, but I prepared blue kimchi according to the recipe from which she usually prepares classic kimchi. I replaced Chinese cabbage with red cabbage, i.e. blue cabbage, and instead of spring onions I added red onion.

There are over 200 types of kimchi in Korea and each has its own family recipe, of course. Traditional Korean pickle usually consists of Chinese cabbage, turnips, gochugaru and several other additions. We can change the ingredients, so let's experiment and discover new flavors.

For me, kimchi cannot do without gochugaru, or Korean chili flakes. It is a very spicy, slightly sweet and smoky spice. Most of the ingredients for preparing kimchi paste, i.e. gochugaru, fish sauce, soy sauce, can be purchased in online stores, e.g. w Cuisines of the World.

If you want to prepare vegan red cabbage kimchi, skip the fish sauce and replace it with an extra tablespoon of soy sauce.

Cut the red cabbage in half, cut out the core and chop or shred the so-called mandolin. Put the chopped cabbage into a large bowl, sprinkle with salt and pour water to cover. We mix and load it, I put a round wooden board or a large plate, and put a jar/jars with water on top. Leave for about an hour.

While the cabbage is maceration, prepare the kimchi paste. Boil 200 ml of water with rice flour, keep stirring until a gruel forms, add sugar and leave it to cool down.

Peel the white radish, cabbage core and carrot, grate on a coarse grater or cut into thin slices, and then into sticks, the so-called julienne. Dice the red onion.

Drain the soaked cabbage thoroughly from the brine, add kimchi paste, radish, carrot, cabbage core, onion and mix everything thoroughly. Transfer the vegetables to a large jar or stoneware. We load it (with a plate and a jar of water or a scalded flat stone), cover and leave for about 3 - 5 days at room temperature. During pickling, make sure that the silage is flooded with liquid. While we are trying, if the kimchi is sour enough for us, we put it into smaller jars. To stop the fermentation process, put it in the fridge or in a cold cellar.

I like to experiment with kimchi, so I recommend trying other versions of this pickle

Red kimchi made of Chinese cabbage and beetroot 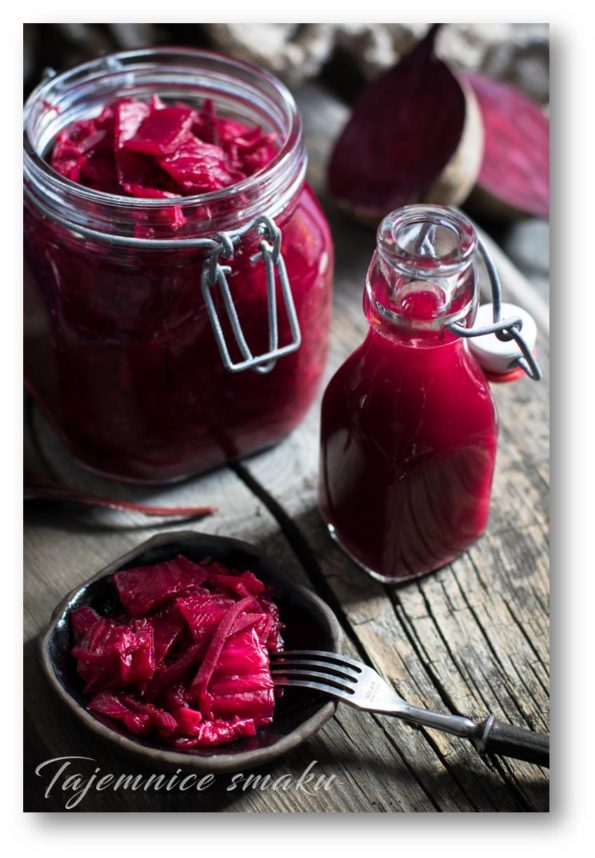 Korea - Not only kimchi - 50 inspiring recipes 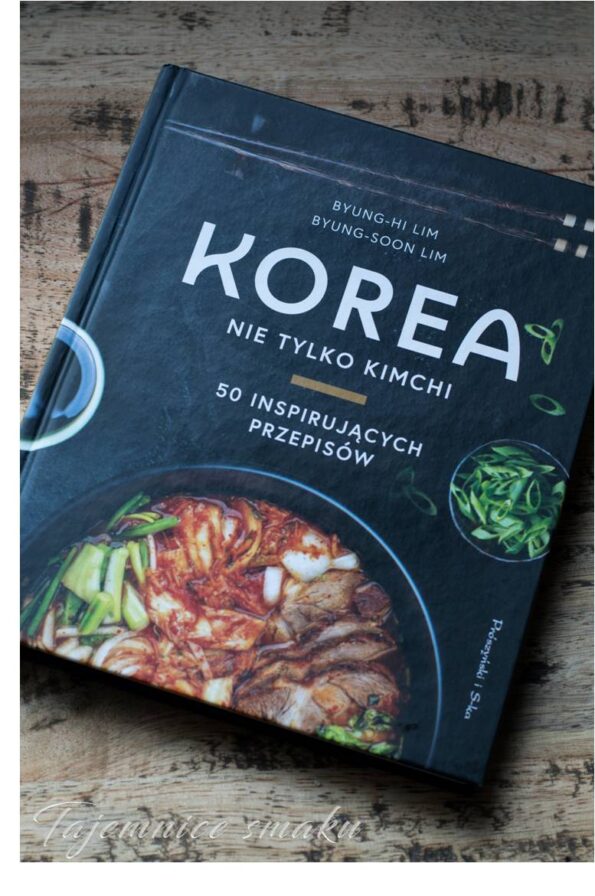 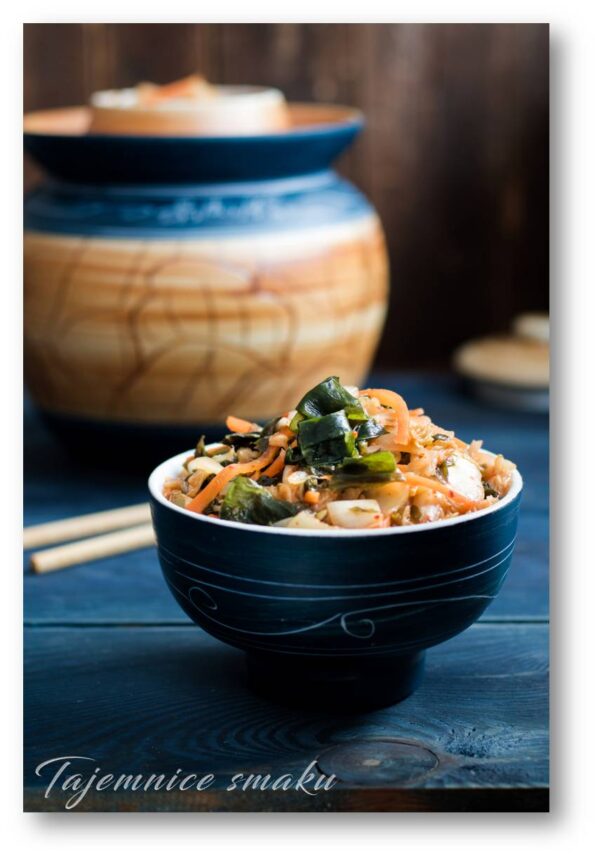